What is Space Hurricane? 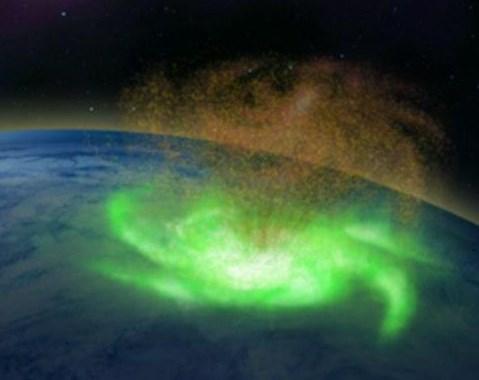 The scientists have discovered a “space hurricane” for the first time. The hurricane swirled for eight hours over the North Pole in the upper atmosphere of Earth.

These hurricanes are usually occurred in the lower atmosphere of the Earth. It was never observed in the upper atmosphere. Earlier, the space hurricane was detected in August 2014 during a retrospective analysis which was led by the researchers at Shandong University of China. Its findings were published in February 2021 in Nature Communications.

The tech of scientists from USA, Norway, China and United Kingdom observed and produced the image of space hurricane using the Defense Meteorological Satellite Program (DMSP) satellites and a 3D magnetosphere modelling. The hurricane that was detected over North Pole comprises of plasma with multiple spiral arms. It was spinning in an anticlockwise direction. The hurricane has the diameter of 1,000 kilometres while in altitude it reached from 110 kilometres to 860 kilometres. It has the speed of up to 2,100 metres per second.

What is space hurricane?

The swirling mass of plasma that rains electrons into the ionosphere instead of water is called as “Space Hurricane”. The hurricane results into the stunning effect that is a huge, cyclone-shaped glowing green aurora can ve observed below it. The astronomers have spotted hurricanes in space on Mars, Saturn and Jupiter.