What is Brain Fingerprinting to be used on Hathras Rape Case? 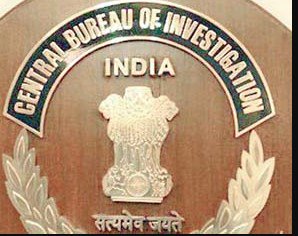 The Brain Fingerprinting or Brain Electrical Oscillation Signature is a neuro psychological method used to interrogate an accused in the crime by studying his or her brain responses.

On November 21, 2020, the CBI officials arrived at the Gandhinagar based forensic science laboratory with the accused. The accused were alleged of rape and murder of a nineteen year old Dalit girl Hathras, UP.

The brain electrical oscillation signature profiling is to be conducted on all the four accused. A team of forensic experts are to work along with the CBI team to prepare probe short questions for the test.

It is also known as brain fingerprinting. It is a neuropsychological method of interrogation where the accused is questioned based on their brain response. The test is carried out through a process called electroencephalogram that studies the electrical behaviour of human brain.

How is the test conducted?

The consent of the accused is first taken in order to perform the test. The accused then wears a head cap with dozens of electrodes attached to to it. He or she is then showed with visuals or audio clips that are related to the case in order to check if there are triggering neutrons in their brains generating brain waves.

Efficacy of the test

The test is conducted based on knowledge and experience. The brain of the accused might have knowledge of the crime committed. However, the alibi they have come up with and their experience of having participated in the crime determines their guilt that ultimately generates the waves in the brain. Based on this, the team determines the participation of the accused in the crime.

The test can only be used as an aid to question the accused. The accused cannot be convicted based on the test. The conviction should be done based on interrogation and other traditional legal practices of CBI.