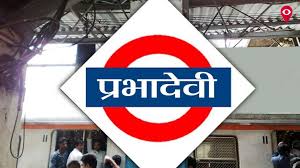 Western Railway renamed Elphinstone Road suburban railway station in Mumbai, Maharashtra to Prabhadevi Station. The station code of Prabhadevi station will be PBHD. The station was initially named after Lord Elphinstone, who was Governor of Bombay Presidency from 1853 to 1860. It has now been renamed in honour of local deity Prabhadevi.

Prabhadevi is name of the area in the vicinity of the station. It also derives its name from the temple of the deity which is 300 years old. In December 2017, Maharashtra legislature had approved Bill to rename Elphinstone Road station, Chhatrapati Shivaji Terminus (CST) and Chhatrapati Shivaji International Airport. The central government had given its nod for renaming in May 2017.