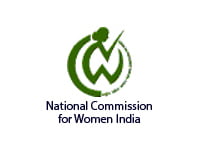 Ministry of Woman and Child Development (WCD) has nominated three members to National Commission for Women (NCW) in pursuance Section 3 of the NCW Act, 1990. They are Chandramukhi Devi, Soso Shaiza, and Kamlesh Gautam. All three are BJP members. They will hold office for period of three years or till age of 65 years or until further orders from date of assumption of charge of office, whichever is the earlier. The new appointments now leave two positions vacant in NCW. Rekha Sharma is current chairperson of NCW.

NCW is a statutory body established under the National Commission for Women Act, 1990. It was established in January 1992 to review constitutional and legal safeguards for women. It recommends remedial legislative measures, advise Government on all policy matters affecting women and facilitate redressal of grievances related to women. The first Commission was constituted in January 1992 with Jayanti Patnaik as Chairperson. Commission comprises up of Chairperson, five Members and Member-Secretary. Chairperson is appointed by the Central Government and is person who is committed to the cause of women. Besides Chairperson, commission has five members nominated by Central Government