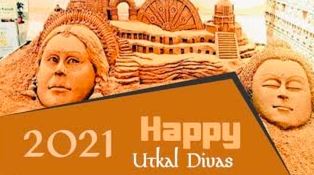 Odisha will celebrate its 85th foundation day of the state on April 1. The day is also known as ‘Utkal Divas’. The day marks the date when the state became independent in the year 1936.

As of 2019, the state has 30 districts. It is the 8th largest state of the country by area and 11th largest by population. The neighboring states of Odisha are Andhra Pradesh to the south, Chhattisgarh to the west, and West Bengal and Jharkhand to the north.