USA moves against makers of the Dridex malware 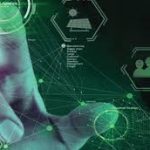 USA has indicted and ordered the freezing of the assets of noted cybercriminal organisation, Evil Corp. Evil Corp is noted for its malware called Dridex which has affected companies of countries across the world including India, Malaysia, France, Italy and United Arab Emirates. Its targets of choice are smaller companies that did not possess sufficient cybersecurity measures in USA and UK. Dridex is noted for being ever-evolving and stealing money from banks and businesses through rogue financial transactions. It has caused a loss of about 100 million USD to companies across the world. Of this, 70 million USD loss is accounted for by American companies alone. The organization is also noted for its ransomware, illegal hacking and other frauds. The organisation had been indicted before in 2015 but never penalized. They are also alleged for stealing information like state secrets.