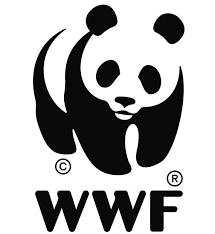 The move will affect the projects being carried out by the World Conservation Society in Nagarhole National Park. The organization has been using the funds from USA to carry out the evacuation process. The villagers of Jenu Kuruba of Karnataka are one of the indigenous dwellers to approach the US to stop its funding to these organizaitons.

The protected areas comprise of national parks, wildlife sanctuaries and conservation reserves. In order to protect the biodiversity and wildlife in these areas, the indigenous forest-dwelling communities are relocated to non-protected areas.

It is an international Non-Governmental Organization that works on reduction of human impact on environment. The Living Planet report is published by the organization for every two years.

The organization is of great help to India in conserving its biodiversity. The WWF mainly supports India in census. The recent tiger census, the annual bird census, gangetic dolphin census were all conducted with the help of WWF. Therefore, the stoppage in funding by the US to the organization will affect India’s bio-conservation efforts.