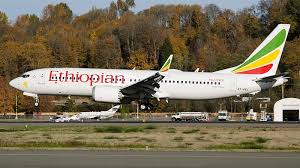 United States of America has ruled out all speculations grounding the Boeing 737 MAX 8 aeroplanes thus walking out of the line of countries which have taken the measure after a second consecutive air-crash involving the same model within 5 months when the Indonesian air crash had claimed lives of all onboard.

Boeing had asked the Ethiopian authorities to be allowed to join in the investigations and had assured the safety and reliability of the aircraft. Despite the latter, countries like Britain, India, China, and even the European Union joined many other nations to ban its use in their airspace as the results of the investigation are awaited. Daniel Elwell, the US Federal Aviation Administration Chief, has said that the administration has completed refused to take any action or measure in this regard as there are no systemic performance issues and no sound basis to ground the aircraft.

An Ethiopian Airlines 737 MAX 8 had actually gone down a couple of days ago a few minutes after it took off from Addis Ababa to Nairobi, leaving all 157 people onboard dead. The crash had come within just 5 months of the crash of Lion air jet of the same model which had killed 189 people onboard very shortly after it had taken-off from Jakarta.

The actions of the countries across the world after the two tragedies have increased pressure on Boeing which is the largest aircraft manufacturer of the world to prove that the new line of jets Boeing 737 MAX are safe and the issues with a faulty sensor will be fixed by the company in its April software updates.

It is difficult to measure a clear impact of the ban on the jet around the world as there are only 350 737MAX 8 jets which are in service around the world. AirCanada has cancelled some of its London-bound flights after the decision by the British government to ban the use of the aircraft in its airspace. Even the European airspace access has been closed to all the 737 MAX 8 jets, by the European Union Aviation Safety Agency.

Boeing has stated that it had over 5000 plus orders of the aircraft being placed by more than 100 customers across the world. MAX series as stated by the company comes from the fastest-selling family of planes. The Ethiopian Airlines plane which has been recently crashed was only 4 months old as the airline had purchased the same in last November.

It has been found from the federal government database of US, that at least 2 pilots who had flown Boeing 737 MAX 8 on domestic routes in the US had reported problems of noses of their planes suddenly dipping after they engaged the autopilot. The pilots had, however, safely resumed their journey after turning off the autopilot.

The Chief Executive Officer of the Ethiopian Airlines, Tewolde GebreMariam has said that the aeroplane had come to Addis Ababa from Johannesburg and had halted for 3 hours and was later dispatched for Nairobi with no remark that means there were no clearly flagged problems. The Blackbox recorders of the plane have been found by the investigators and they will be sent abroad to another country for help in investigations into the crash.