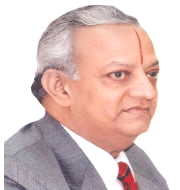 The N Gopalaswami expert Committee also has been tasked to chart out an action plan to develop the language in the next 10 years.
This is the second committee set up by the Union HRD ministry exclusively dedicated to Indian classical language Sanskrit.
The first was 13-member Sanskrit Commission headed by Satya Vrat Shastri was constituted by then UPA-II government for broader promotion of classical languages.