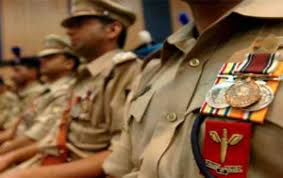 Union Home Minister’s Medals for Excellence in Investigation for 2020 have been awarded to 121 police personnel, including 21 women police officers. Among these awardees, 15 are from the Central Bureau of Investigation, 10 each are from Madhya Pradesh and Maharashtra Police, 8 are from Uttar Pradesh Police and seven each are from Kerala and West Bengal Police. The remaining are from the other states and UTs in the country.

How are the names finalized?

The names for these medals are finalized by the Union Ministry of Home Affairs based on the recommendations made by the States / UTs and the central police organizations. The awardees are given a scroll signed by the Union Home Minister along with the medal.

Other Medals from the Home Ministry

The Union Home Minister has instituted five Police medals in order to recognize the contribution of the police personnel:

All these are non-cash awards which supplement and strengthen the existing award schemes in the State Police Forces and Central Police Organizations and Armed Forces.