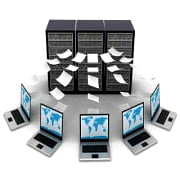 The Union Cabinet approved establishment and operationalisation of a National Academic Depository (NAD).
Under it all academic degrees, certificates and awards in the country will be made digitally available for verification on single spot.
Key Facts

Background
The Finance Minister’s Budget Speech (2016) had incorporated commitment to establish a Digital Depository for school learning certificates, degrees and other academic awards of Higher Education Institutions, on the pattern of a Securities Depository.
How it will work?