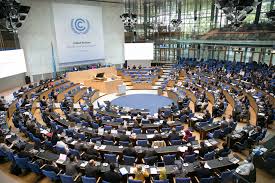 During the summit, countries will also be debating “30 by 30” plan in order to give 30% of lands and oceans protected status. This measure is supported by a broad coalition of nations. Countries will also set goal for stopping the creation of plastic waste. Though, China has not yet committed for this plan.

Though Beijing is the world’s biggest polluter, it has sought to position itself as “world leader on climate issues” in the backdrop of USA’s withdrawal from international commitments under Donald Trump administration.

In the year 2021, COP-15 gathering was hosted in southwest city of Kunming. It was originally set for 2020 but got postponed due to Covid-19 pandemic.

Impact of Human encroachment on habitats

About one million animal & plant species are threatened with extinction because of human encroachment on habitats, pollution, over-exploitation, climate change and spread of invasive species.