The government will establish three Bamboo Cluster in J&K 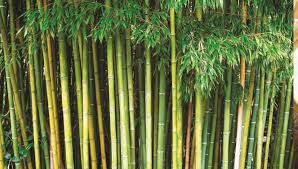 While heading the meeting through video conference the Union Minister stated that the region will have three mega Bamboo Clusters, a Bamboo Technology Park and a Bamboo Training Centre, as well. The proposed setup will be undertaken by the Union Ministry of Development of North Eastern Region through its Cane and Bamboo Technology Centre (CBTC).
Three Bamboo Clusters which will be established in areas around Katra, Akhnoor and Samba respectively will be given three different tasks. The first cluster at Katra will be devoted to the making of “Bamboo Agarbatti’, the second cluster at Akhnoor will be dedicated to ‘Bamboo Basketry”, that is making of bamboo baskets and the third cluster at Samba, will be devoted to the making of ‘Bamboo Charcoal.

Apart from these three, the ministry is also planning to set up a Bamboo Technology Park and a Bamboo Training Centre in the region. This new development will take around two years from the date of the allotment of land by the UT administration. Once these three centres is set up it will bring livelihood opportunities for around 25,000 people in the region.

Established at Burnihat, Assam last year, the Cane and Bamboo Technology Centre were established with an aim to cater the needs of the industries, teachers, policymakers, technicians entrepreneurs, designers, craftspersons, rural people, and technologists with Bamboo & Cane.