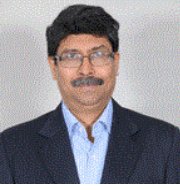 Sutirtha Bhattacharya has taken charge as full-time Chairman and Managing Director (CMD) of Coal India Limited (CIL).
He is a 1985 batch IAS officer and for this post his name was cleared by Appointments Committee of the Cabinet after it was recommended by the Public Enterprises Services Board (PESB).
Prior to this appointment, he was the CMD of state-owned Singareni Collieries Company.
Background
The post of full time CMD was vacant for past six months after then full-time CMD S Narsing Rao had resigned from the post in May, 2014 to join Telangana government.
Till this vacant time, Additional Secretary Coal A K Dubey was given the additional charge as CMD of CIL from June 26, 2014.

It is a state-controlled coal mining company. It is headquartered in Kolkata, West Bengal.
It is the largest coal producer company in the world and contributes around 81% of the coal production in India.
Union Government of India owns 90% of the shares in CIL and controls the operations of CIL through Ministry of Coal.
In April 2011, CIL was conferred the Maharatna status by Government of India. It is India’s 5th most valuable company in terms of market value.