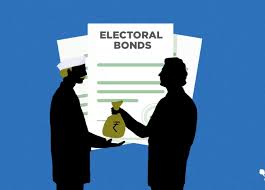 Supreme Court of India, on March 26, 2021, refused to stay sale of fresh set of electoral bonds from 1 April. This decision was taken ahead of assembly elections across four states; Kerala, West Bengal, Assam and Tamil Nadu and in Union Territory of Puducherry.

Supreme Court, while refusing the stay, underlines that these bonds were allowed to be released in 2018 and 2019 without any interruption. There exists no justification to stay these bonds as sufficient safeguards are there. Apex Court also highlighted that; electoral bonds not only benefit the ruling party.

Supreme Court Bench; comprising of Chief Justice of India, SA Bobde, Justices AS Bopanna and V Ramasubramanian; was hearing the plea filed by NGO Association for Democratic Reforms (ADR) which was asking to stay the electoral bonds ahead of assembly polls. NGO claimed that any further sale of electoral bonds ahead of upcoming assembly polls in Assam, West Bengal, Tamil Nadu, Kerala and Puducherry will increase illegal and illicit funding for political parties through shell companies.

Arguments made by ADR

Advocate Prashant Bhushan, appearing for ADR, argued against electoral bonds. He argued that, electoral bonds had turned into a tool to receive bribes in the name of donations for ruling party. He also cited that misgivings of Reserve Bank of India about these bonds. RBI termed these bonds as the type of weapon or medium for financial scams. He further added that; electoral bonds were proof of real approach to black money as against its official stance.

Proposal to issue Electoral Bond was announced in 2017-28. It is a financial instrument similar to promissory note which is used to make donations to political parties and is issued by Scheduled Commercial banks after authorisation from Central Government. It is issued only against cheque and digital payments which is redeemable in designated account of a registered political party within the prescribed time limit.