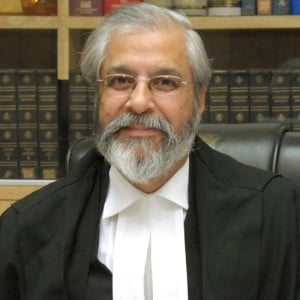 President Ramnath Kovind has appointed senior judge of Supreme Court Madan Bhimarao Lokur (64) as Executive Chairman of National Legal Services Authority of India (NALSA). He was appointed by President in exercise of power conferred under Clause (b) of sub-section (2) of Section 3 of the Legal Authorities Act, 1987.

He is alumnus of Delhi’s Moden School and St. Stephen’s College. He had enrolled as Advocate in 1977. He has vast experience in Civil, Criminal, Constitutional, Revenue and Service laws. He got enrolled as an Advocate-on-Record in the Supreme Court in 1981.
He had served as Additional Solicitor General of India from July 1998 to February 1999. He was appointed as additional Judge of Delhi High Court in February 1999. He also functioned as Chief Justice of Gauhati High Court from June 2010 to November 2011 and then as Chief Justice of Andhra Pradesh High Court. He was appointed as Judge of the Supreme Court in June 2012

NALSA provides for free legal aid inter-alia to all persons in custody. It has been constituted under Legal Services Authorities Act, 1987. It provides services of free legal aid in civil and criminal matters for poor and marginalised people who cannot afford services of lawyer in any court or tribunal. NALSA aims to ensure that opportunities for securing justice are not denied to any citizen by reasons of economic or other disabilities. It also identifies specific categories of marginalised and excluded groups and formulates various schemes for implementation of legal service programmes. It also organises Lok Adalats for amicable and speedy resolution or settlement of disputes.