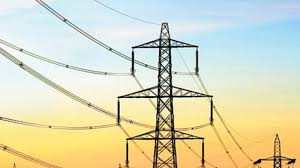 A two – day state power ministers conference starting on October 11, 2019, is to be held in the banks of Narmada river at Kevadia, Gujarat. The conference will be inaugurated by Union Minister of State for Power RK Singh.

The conference is to be held near the Statue of Unity, the tallest structure in the world. The congregation of the state energy departments is to be held on the banks of River Narmada. This is to signify that Narmada was the first river to have a canal top solar power plant in India.

Highlights of the conference

The conference is being hosted by the Gujarat Government. In the event, there will be presentation on the achievement in the power and energy sector by the government in the past 10 years. There will also be detailed briefing about how Gujarat provides 24 – hour electricity through Jyoti Gram Scheme

It was an initiative of the Gujarat Government to ensure 24 – hour power supply to rural areas to farmers in scattered farm houses.

Instructions by the Center

The Union Ministry will make the following request to the states

Recently many states reviewed or cancelled PPA with the renewable projects. The State’s decision to review renewable PPAs created controversies. The power generators moved to the High Court. The HC asked them to raise their grievances before the AP Electricity Regulatory Commission.