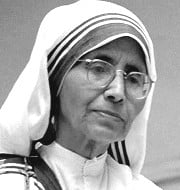 Sister Nirmala Joshi, former Superior General of Missionaries of Charity passed away in Kolkata after brief illness. She was 81.
She had taken over as Superior General in March 1997 after the death of Mother Teresa.

The International Day of Charity is observed every year on September 5 across the world. It aims to ...

The well-known Tamil writer and Sahitya Akademi awardee Thopil Mohammed Meeran passed away at the ag...

Famous classical singer Pandit Arun Bhaduri passed away on 17th December 2018 at the age of 75, afte...

The International Day of Charity (IDC) is observed every year on September 5 to raise awareness and ...