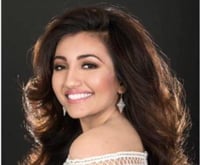 Indian-American Shree Saini has won Miss India Worldwide 2018 title at a pageant held in the Fords City of New Jersey. Sakshi Sinha from Australia and Anusha Sareen from the United Kingdom were respectively declared first and second runner-ups in the competition.

About Miss India Worldwide 2018
The won Miss India Worldwide pageant is organised by the New York-based India Festival Committee (IFC) which is headed by Dharmatma Saran in New York City, USA. It is said to be the oldest and largest event for the Indian Diaspora community. It draws contestants from India and from among members of the Indian Diaspora residing in different countries.

The Government of India launched the Global Pravasi Rishta Portal and Mobile app. The application ai...

In January 2019, India and Norway jointly inaugurated a Task Force of Blue Economy for Sustainable D...

Given India’s large population and the wide variety of skill sets available in the country, In...

The Polish Government has approved a new law that will scrap income tax for roughly 2 million young ...

The Ministry of Home Affairs (MHA) has decided to discard its ‘Black List’ of Indian-ori...

As per the report of the World Bank’s Migration and Development Brief, India has retained its posi...