SHe-box portal launched for both public and private sector 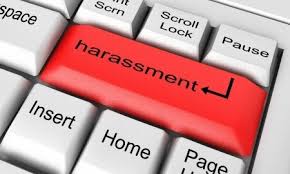 The Ministry of Women and Child Development (WCD) launched comprehensive SHe-Box (sexual harassment e-box) online complaint Management System for women to lodge complaints of sexual harassment at workplace.
It is mainly be for women working in both public and private organizations to ensure effective implementation of Sexual Harassment of Women at Workplace (Prevention, Prohibition and Redressal) Act (SH Act), 2013.
Earlier the portal was launched in July 2017 for women working in central government offices. Now it can be accessed by all women who are part of workforce in organised sector across the country.

The new SHe-Box portal offers facility of making online complaints of sexual harassment at workplace to all women employees in country including government and private employees.
It aims to provide speedier remedy to women facing sexual harassment at workplace. Once complaint is submitted to portal, it will be directly sent to Complaint Committee (ICC) or Local Complaint Committee (LCC) of concerned employer constituted under SH Act.
Through this portal, WCD as well as complainant can monitor progress of inquiry conducted by ICC/LCC. Those who have already filed a written complaint with the concerned ICC/LCC are also eligible to file their complaint through this portal.