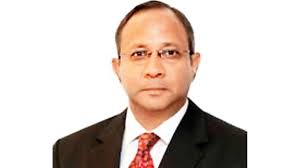 The Appointment Committee of the Cabinet (ACC) has appointed senior diplomat Pankaj Saran as Deputy National Security Advisor (NSA). He will have tenure of two years, on deputation basis. In his new role, he will assist NSA Ajit Doval along with Rajinder Khanna who was appointed as Deputy NSA in January 2018

He is Indian Foreign Service (IFS) officer of 1982 batch officer. He had held various positions in India and abroad including the country’s High Commissioner to Bangladesh. He also served as the joint secretary in the Prime Minister’s Office between 2007 and 2012. Prior to his appointment as Deputy NSA, he was serving as India’s Ambassador to Russia from November 2015. His wife Preeti Saran is Secretary (East) in Ministry of External Affairs.

The NSA is the chief executive of National Security Council (NSC) and primary advisor to Prime Minister on national and international security and oversees strategic issues. It is NSA to whom intelligence agencies such as Research & Analysis Wing (RAW) and Intelligence Bureau (IB) report, rather than directly to Prime Minister. Due to such vested powers, NSA is prominent and powerful office in the bureaucracy. NSA is assisted by a Deputy NSA. The post was created in November 1998 by Atal Bihari Vajpayee Government. Brajesh Mishra was first to be appointed NSA of India. Since the inception of the post, all NSAs appointed belong to Indian Foreign Service (IFS) except M K Narayanan and incumbent, Ajit Doval, who belong to Indian Police Service.