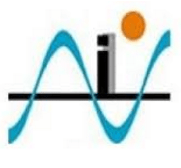 Scientists at CSIR-National Institute of Oceanography (NIO) have developed a robotic platform, Seabed Resident Event Profiler (SREP) that is capable of being stationed at any water depth from 0-200 metres to track the oceanic processes. The robot has been designed to regularly record the water column information at every 10 to 25 cm during every profile four times a day. The robot was tested during the recent voyage of RV Sindhu Sadhana, the latest state of the art research vessel of NIO.

The SREP robot has been designed particularly to carry out studies related to the monsoon, global climate and upwelling.
Upwelling is a phenomenon associated with the monsoon that sees the migration of deep sea oxygen minimum zone (OMZ) towards the coast. It also brings the nutrient-rich water to the surface and enhances the biological productivity of the region. Several sensors attached to SREP is capable of detecting the conditions associated with upwelling such as low temperature, low oxygen, high nutrients, and changes in density patterns etc. This enables SREP to effectively track upwelling during June to September. Upwelling is an important phenomenon for the ecosystem sustenance and fishery. Similarly, since south-west monsoon forms the backbone of the country’s economy, knowing the conditions for its onset forms one of the major goals of SREP.
The robot in its final configuration will be capable of sitting on the seabed for 100 days continuously to track the oceanic processes in the upcoming monsoon season.

CSIR-NIO was established on 1 January 1966 with its headquarters at Dona Paula, Goa. It has regional centres at Kochi, Mumbai and Visakhapatnam. CSIR-NIO was established following the International Indian Ocean Expedition (IIOE) in the 1960s. CSIR-NIO primarily focuses on research over traditional branches of oceanography such as biological, chemical, geological/geophysical, and physical as well as over ocean engineering, marine instrumentation and marine archaeology.