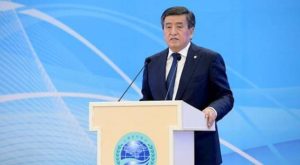 The Second Shanghai Cooperation Organization (SCO) Mass Media Forum is being held at Bishkek (Kyrgyzstan capital) from 23 to 26 May 2019.