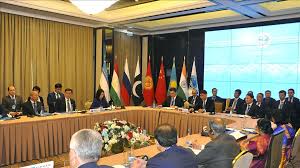 The Indian Embassy in Beijing participated in the “Nowruz” which was held at the Secretariat of ...

The Indian government has gifted 2000 metric tonnes of rice to Syria in a bid to strengthen the food...

The territorial dispute between Armenia and Azerbaijan over the Nagorno-Karabakh region has increase...

The Ministry of External Affairs, Government of India has organized the 6th Round Table of ASEAN-Ind...