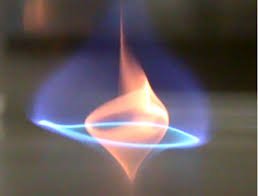 Methanol is currently produced by in expensive and energy-intensive processes known as steam reforming and methanol syntheses. In these processes, methanol is produced by breaking down natural gas at high temperatures into hydrogen gas (H2) and carbon monoxide (CO) before reassembling them
In the new method, scientists produced methanol from methane through simple catalysis i.e. by addition of substance called catalyst which speeds up a chemical reaction. It enables methanol production at low temperatures using oxygen and hydrogen peroxide.
The new process can help to reduce dependence on fossil fuels and its commercialisation may take much longer. It seeks to use waste gas flared into the atmosphere during natural gas production, thus saving carbon dioxide emissions.