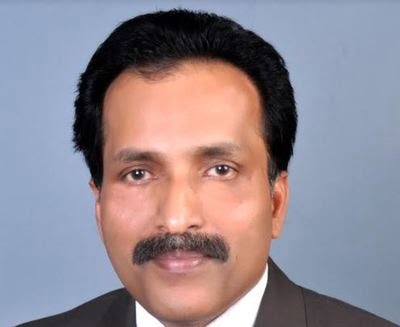 Noted scientist S Somanath took charge as Director of Vikram Sarabhai Space Centre (VSSC), Thiruvananthapuram, Kerala.  He succeeded K Sivan, who was recently appointed as Chairman of ISRO.
Prior to his elevation, he was Director of Liquid Propulsion Systems Centre (LPSC), the lead centre responsible for liquid engines and stages for all launch vehicles and satellite programs of ISRO,.

S Somanath had joined ISRO in 1985 and was team leader for Integration of PSLV during its early development phase and during first flight of PSLV and successful second flight PSLV-D2. He also was Associate Director (Projects) of VSSC and also Project Director of GSLV Mk-III launch vehicle. He has received ‘Merit Award” and ‘Performance Excellence award’ from ISRO and ‘Team excellence award’ for GSLV Mk-III development.

VSSC is major space research centre of ISRO, under the Department of Space (DOS). It is mandated to focus on rocket and space vehicles for India’s satellite programme. It is located in Thiruvananthapuram, in the Indian state of Kerala. VSSC has emerged as one of the main research and development establishments within ISRO.
It was established in 1963 and it has its beginnings as Thumba Equatorial Rocket Launching Station (TERLS) in 1962. It was later renamed in honour of Dr. Vikram Sarabhai, father of the Indian space program. VSSC is an entirely indigenous facility working on development of sounding rockets, Rohini and Menaka launchers, and ASLV, PSLV, GSLV and GSLV Mk III families of launch vehicles.