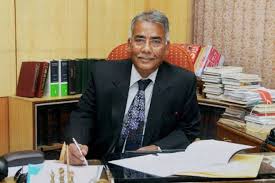 Government has appointed former Supreme Court Judge CK Prasad as Chairman of Press Council of India (PCI) for second term. His nomination was approved by three-member committee headed by Vice President Venkaiah Naidu. He was earlier appointed to post in November 2014 after Justice Markanday Katju stepped down.

PCI is a statutory body with mandate to act as watchdog to oversee conduct of the print media. It derives its mandate from Press Council Act, 1978.
Composition: It consist of Chairman (who has by convention, been a retired judge of Supreme Court) and 28 other members off whom 20 represent press, five are nominated from two Houses of Parliament and three represent cultural, literary and legal fields.
Functions: It is statutory, quasi-judicial body acting as watchdog of press. It adjudicates complaints against and by the press for violation of ethics and for violation of the freedom of the press respectively.