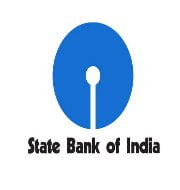 India’s largest bank State Bank of India (SBI), has signed a loan agreement for 100 million euro (about Rs 700 crore) with European Investment Bank (EIB).
This agreement was facilitated by SBI Capital Markets, a subsidiary of SBI.
It is the third tranche of a total sanctioned loan of 200 million euro by EIB to SBI for lending it to private businesses in the country.
SBI will utilize this loan to support the development of private sector in country in particular for small and medium-sized enterprises (SMEs). It will be also utilized social and economic infrastructure as well as climate change mitigation and adaptation.
Earlier on 25 June and 28 November 2014, first tranche of Euro 55 and second tranche of Euro 45 million was signed between both banks.