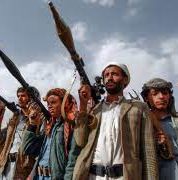 Saudi Arabia government has proposed UN-sponsored ceasefire in Yemen and is awaiting a response from the rebel Houthi movement. This peace initiative by Saudi Arabia is in line with previous proposals like consultation efforts to end crisis.

Deputy Defence Minister of Saudi Arabia, Khalid bin Salman bin Abdulaziz, also highlighted that Saudi Arabia will keep supporting the government of Yemen in country’s fight against Houthi rebels. The government of Saudi Arabia seeks to bring about peace in Yemen. The country hopes that Houthi rebels will accept the ceasefire proposal to negotiate peace consultations between Yemeni parties in a bid to reach out to a comprehensive and sustainable political settlement.

How Saudi Arabia will help Yemen?

Under the peace initiative, Saudi Arabia has planned to resume operation of the international airport in Sana’a, capital of Yemen. The country will help in partial removal of the blockade from Yemeni port of Al Hudaydah. It will also help in funnelling the proceeds from using the port in Yemen to joint account of southern & northern authorities in central bank.

Countries like United States of Emirates (UAE), Bahrain, and Qatar have extended their support towards new peace initiative by Saudi Arabia. But the Houthi rebels in Yemen are of the view that, Saudi Arabia’s proposal has nothing new. Houthi rebels have urged Saudi government to take back its military activity in Yemen.

Yemen is going through an internal conflict between movement by Houthi rebels and government forces for 6 years. Following the request of President, Abdrabuh Mansour Hadi, Saudi Arabia led coalition has been conducting air campaign in Yemen against the Houthi rebels since 2015. But Houthi rebels have maintained their control over significant areas in northern part of Yemen.

India has welcomed the peace initiative by Saudi Arabia to promote peace in Yemen. India has also extended its support towards all forms of efforts & political solution to end the crisis in Yemen.