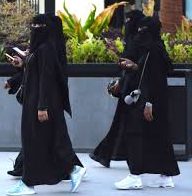 Saudi Arabia has opened up the armed forces for Women. Following the order, the female recruits can now trade their abayas for military uniforms.

Criteria for the recruitment

Rights of the women in Saudi Arabia have been limited when compared to the rights of women in many of its neighbouring countries. There is a strict interpretation and application of sharia law in the country. However, in the year 2017, Mohammed bin Salman was appointed the Crown Prince. Since then, he has been bringing a series of social reforms witnessing the women’s rights.

As per the World Economic Forum’s 2016 Global Gender Gap Report, the Saudi Arabia was ranked at 141 out of 144 countries with respect to gender parity. The United Nations Economic and Social Council (ECOSOC) had elected Saudi Arabia to the U.N. Commission on the Status of Women for 2018–2022. This move was also widely criticised by the international community. As of 2019, Women just constituted 34.4% of the native workforce in the country. In the recent times, they have started various campaign that resulted in the improvements to their status.