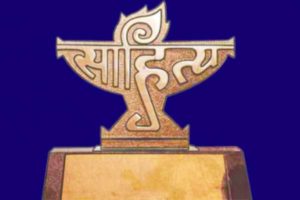 The National Academy of Letters have announced the names for the “Sahitya Akademi Award 2020 on March 12, 2021. The names were announced during the opening of annual “Festival of Letters” event.

The award will be bestowed upon the politician-writer M Veerappa Moily, poet Arundhathi Subramaniam along with other 20 writers. Subramaniam have won the award for her poetry collection called “When God is a Traveller” in English. Veerappa Moily has been named for his epic poetry called “Sri Bahubali Ahimsa Digvijayam” in Kannada language. The list comprises of seven books of poetry, five short stories, four novels, two plays, and one memoir and one epic poetry in 20 Indian languages. The awards for Nepali, Malayalam, Odia and Rajasthani Languages will be announced later.

It is a literary honour in India. It is conferred by Sahitya Akademi which is India’s National Academy of Letters. The award is conferred to the most outstanding books of literary merit which is published in any 24 major Indian languages including Hindi, English and other 22 languages of the Eighth Schedule of Constitution.  The award includes a casket comprising of an engraved copper plaque, a shawl and amount of Rs 1,00,000.