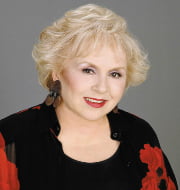 Renowned Hollywood actress Doris Roberts passed away in Los Angeles in her sleep. She was 90.
She was best known for playing meddling mother Marie Barone in US sitcom Everybody Loves Raymond (1996–2005).