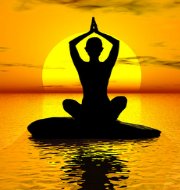 Ramamani Iyengar Memorial Yoga Institute, Pune has become the first recipient of the Prime Minister’s Award for outstanding contribution to promotion and development of Yoga.

PM’s Yoga Award was instituted at the 2nd International Day of Yoga celebrations at Chandigarh by Prime Minister Narendra Modi. Prime Minister had instituted the award for promoting the ancient Indian spiritual discipline. The Ministry of AYUSH framed guidelines for the awards and constituted two committees, namely, screening committee (for preliminary evaluation) and evaluation committee (Jury).
The Institute has been selected from among 85 nominations and 15 more recommended by the Screening Committee. The Award was recommended by an Evaluation Committee (Jury) under the Chairmanship of the Cabinet Secretary.
Ramamani Iyengar Memorial Yoga Institute has worked to spread Yoga both domestically and internationally over a period of four decades. It has also published a number of books on yoga which has been translated into multiple languages.