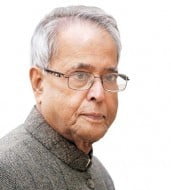 President Pranab Mukherjee inaugurated first Songs and Dances of the North East, a cultural festival in New Delhi.
The day long festival was organized by Government of Meghalaya and sponsored by the North Eastern Council (NEC).
The purpose of festival is to showcase the culture of India’s northeast region and highlight the immense contribution made by the people of the region in nation building.
This festival will be held by rotation in different parts of the country as part of the series of events planned by NEC and Union Ministry of Development of North-Eastern Region (DoNER).
All eight States of the northeast region will collaborate to host the festival in different parts of the country with an aim to attract investors and visitors to the region.