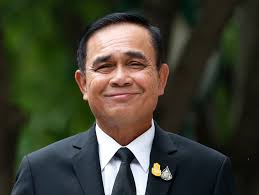 What is the involvement of Facebook in Thailand’s pro-democracy activism?

Facebook has said that it is going to initiate a legal challenge against a Thai government order to ...

Thailand’s Election Commission  has shown that the military-backed Palang Pracharat Party has...