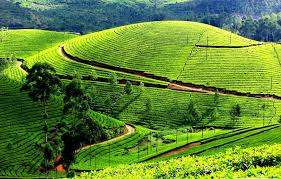 The state government of Uttarakhand recently released a notification that it has made a policy to lease agricultural land, becoming the first Indian state to implement such a policy.

As per the policy, any institution, company or NGO can take farmland on lease for 30 years, provided the leased land is a maximum of 30 acres. The farmers who own the land will receive the corresponding rent during the leased period. Difficulties faced earlier in leasing land in hilly regions for the purpose of agriculture, farming, tea plantation, milk production, horticulture, herbs, fruit hybridization and for production of solar energy are expected to be removed by the policy as the state government aims for consolidation of fragmented land to be solved by the policy. Under special circumstances, there is a provision to take more land on lease. If around the land that is to be leased, there is a land of the government then it has to be leased by paying the fee after obtaining the permission of the District Magistrate.