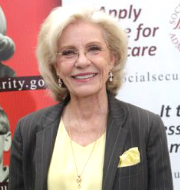 Acclaimed Actor and singer Patty Duke passed away due to Sepsis from a ruptured intestine. She was 69.
She had won Academy award (Oscar) in 1963 at the age of 16 for her portrayal of deaf blind political activist Helen Keller in The Miracle worker.