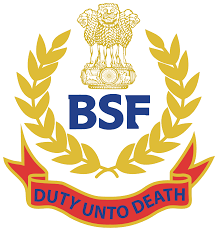 The Operation Sard Hawa was launched by the Border Security Force in the western border of Rajasthan. The main purpose of the operation is to check the instances of infiltration due to dense fog in the region. The Operation has also been launched to enhance the security ahead of Republic Day. The operation is to run till January 27, 2021.

Due to dense fog in desert areas in winter, there are possibilities of infiltration in the region. There have been attempts to infiltrate from across the border taking advantage of this haze. During such situations, the border security forces increase patrolling under special operations like that of Operation Sard Hawa. They also monitor the borders through vehicles along with trekking. The jawans also conduct foot point trekking. During foot point trekking, the camels, vehicles and pedestrian intrusions used by intruders are detected.

The Border Security Force of India is also called the “First Wall of Defence of Indian Territories”. It was set up in the wake of 1965 Indo-Pakistan war. The main function of the Border Security Force is to ensure the security of borders of India. It is headed by an officer from Indian Police Service. The BSF also undertakes defensive actions during wartime to free up Indian Army troops for offensive operations. The BSF also assists Central Reserve Police Force and the Indian Army in counter-insurgency operations.