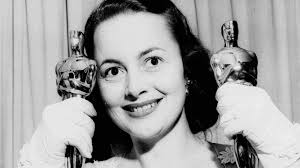 Olivia de Havilland, a two-time Oscar winner and one of the last surviving actresses of the Golden Era of Hollywood, died on July 26 at the age of 104. She has starred in blockbuster movies such as ‘Gone with the Wind’ and has acted opposite leading men such as Errol Flynn.

De Havilland earned her appreciation of fellow actors for filing a suit she brought against Warner Bros who had repeatedly extended her contract even after she rejected script after script. The ruling in this case gave a far-reaching impact on the power of the actors regarding choice of rules. This came to be known as De Havilland Law.

She was blacklisted for three years during the pendency of this case but later she started working again after the verdict.

De Havilland was born on July 01, 1916 in Tokyo, to a British lawyer and acress mother Lilian Fontaine. They divorced after three years and Fontaine went to the US with her two daughters. There Havilland came into contact with director Max Reinhardt during an amateur theatre performance.

In the year 1935, she was launched by the Warner Bros after signing a three-year contract with them. Her first film was opposite the maverick superstar Errol Flynn. She was nominated for five Academy Awards, winning best actress for ‘To Each His Own’ (1946) and ‘The Heiress’ (1949).

De Havilland was married twice during her lifetime.