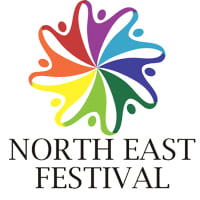 Thang Ta and sarit –sarak: These two are the martial art forms from the Indian state of Manipur. In Manipuri language thang means sword and ta means spear. Thang Ta is name for the ancient martial practice known as Huyen Lallong .The unarmed aspect of Thang Ta is named as sarit sarak.

Oktoberfest is an annual festival celebrated in the month of October for two weeks in Munich, German...

Every year the cherry blossom festival is hosted by Meghalaya in the starting of November. This year...

Kati Bihu is celebrated in Assam and is one of the three Bihu festivals. The Kati Bihu is also calle...

The President and the Vice President greeted the nation on occasion of the Chaitra Sukladi or the Ug...

In light of the ongoing COVID-19 pandemic, many of the major international art fairs are cancelling....

Chaitra Jatra Festival cancelled in Odisha due to Corona Virus

On March 16, 2020, the Odisha Government cancelled the famous Chaitra Jatra festival due to the thre...

The Jerusalem-Mumbai festival is to be held in Mumbai on February 15, 2020 to promote artistic and c...

On January 2, 2020, the Lai Haraoba festival began in Tripura. The festival will be celebrated for 5...