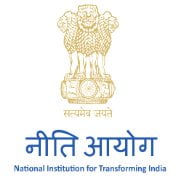 The National Institution for Transforming India (NITI) Aayog is planning to set up Methanol Economy Fund worth Rs 4,000-5,000 crore to promote production and use of the clean fuel.
The fund will be utilized for generation of cheaper, safer and pollution free methanol fuel by converting high ash content coal and stranded gas assets into methanol.

The Niti Aayog has planned has planned to set up production plants. It expects that two plants can be commissioned in the next 3-4 years. The first coal-based methanol plant will be set up in West Bengal by world’s largest coal miner Coal India Ltd (CIL).
The government think tank is also proposing road map to achieve its target of increasing penetration of methanol as alternative fuel to petrol and diesel. The roadmap will be applicable from January 2018. Under it, NITI Aayog proposes ramping up facilities to convert Coal, Stranded Gas and Biomass to methanol.
NITI Aayog is also working on converting certain diesel-powered rail engines to work on methanol. It also has planned to ensure that boats and ships used in inland waterways initiative are also run on methanol.

Methanol can be used as energy producing fuel, transportation fuel and cooking fuel. It will help in cutting down India’s oil import bill by estimated 20% over next few years.  It is simplest alcohol and does not have carbon-carbon bond and therefore does not emit particulate matter (PM) which causes pollution.
It can be easily produced from renewable sources which include forest residue, bio waste generated from houses, agriculture waste, biodegradable waste from other sources. Unlike CNG, using methanol as transportation fuel requires minimal inexpensive alteration in vehicle engines so that they work as methanol engines.
China is currently world’s largest producer of methanol. India’s current installed capacity of methanol production is 0.47 million tonne and total domestic production is 0.2 million tonne. The total methanol consumption of country was 1.8 million tonne in 2016.