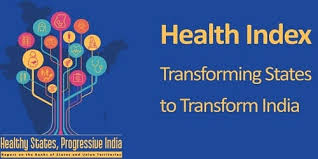 On 18 Nov, NITI Aayog Vice Chairman Dr Rajiv Kumar will release “Health System for a New India: Building Blocks – Potential Pathways to Reform” Report. The report will be released in the presence of Bill Gates, co-chairman of Bill and Melinda Gates Foundation, and representatives from national and international academia. The report reveals India’s health system.  The report is based on the data collected and provided by ACCESS Health International for the public sector and by PWC India for private sector. NITI launched this series with a workshop titled ‘Health System for a New India: Building Blocks’ on 30 November 2018. The dialogue engaged international and national experts and key stakeholders to engender an informed discussion and debate on the trajectory of India’s health system.