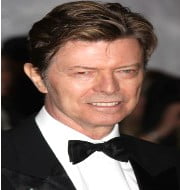 Music Legend David Bowie passed away on 10 January 2016 in New York, United States following a battle with liver cancer. He was 69.
He was one of the most influential musicians of 1970s and was famously known for his creative musicianship to break pop and rock boundaries.