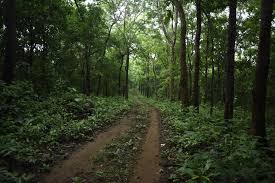 The Minor Forest Produce (MFP) under the Minimum Support Price has hit a record breaking high of Rs 79.42 crores. With this, the total procurement for the year has crossed Rs 2000 crores.

Among the state, Chhattisgarh leads with MFP procurement of 20,270 tonnes worth Rs 52.80 crores. It is followed by Odisha and Gujarat with procurement of 9908 tonnes and 155 tonnes respectively.

How was the record made?

The Ministry of Tribal Affairs recently recommended 23 new items under the Minimum Support Price scheme. This included horticultural and agricultural produce collected by the tribal gatherers.

The GoI has also pushed the Van Dhan Scheme since the lock down. The Guidelines for the scheme to introduce value addition, market through tribal groups has taken firm roots all over the country.