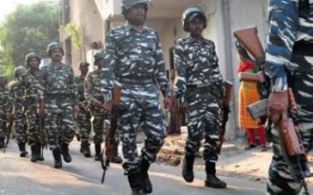 This cadre restructuring will be a huge motivating factor for the 3-lakh personnel who are usually deployed in anti-Naxal operations, counter-terrorism offensives in the Kashmir Valley and responding to law and order duties across the country.

The Central Reserve Police Force (CRPF) is the central police force of India for maintaining internal security. It was constituted as the Crown Representative Police in 1939 and it is one of the oldest Central paramilitary forces. It was renamed as Central Armed Police Force in 1949.

The restricting of the CRPF lower cadre has been approved for the first time since its formation in 1939.