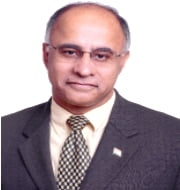 IT major Mindtree co-founder Subroto Bagchi has been appointed as head of the Odisha Skill Development Authority.
He would report directly to the Chief Minister Naveen Patnaik and has been given the rank of cabinet minister with a token monthly salary of Re 1.
Bagchi was born in Patnagarh block of backward Bolangir district of Odisha.

Earlier in January 2016, Odisha Government had roped Sam Pitroda as its technology adviser for development of telecom, electronics, IT, ITES sectors.