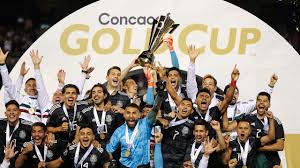 While US is the defending champions of biennial North American championship, as it won the 2017 tournament but in 2019 edition it lost to Mexico at Soldier Field, an American football stadium in Near South Side of Chicago, Illinois.

The loss for US, men came hours after women’s team lifted its 2nd consecutive World Cup title in France.

Mexico’s Jonathan dos Santos scored only goal to win CONCACAF Gold Cup with 1-0. This win handed Mexico their 8th Gold Cup title since championship for teams from CONCACAF was rebooted in 1991.

It is the international men’s football championship of North, Central American, and Caribbean region organized by CONCACAF.

It was founded in 1963 and is a biennial event i.e. held every two years. It was previously referred to as CONCACAF Championship before being renamed in 1991 to CONCACAF Gold Cup.

It is a single championship being held for the continent including regions of North America, Central America and the Caribbean.