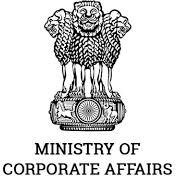 The ministry of corporate affairs (MCA) has amended definition of the small companies by amending the Companies Rules. The new amendment allows the non-resident Indians (NRIs) to incorporate one person companies (OPCs) in India.

In the year 2018, amendments were made to the companies act. It contained provisions of increasing the paid up capital and turnover thresholds for small companies respectively up to Rs 10 crore and Rs 100 crore.

Significance of the changes

The Finance Minister highlights that, the change in the threshold will lighten the compliance burden of about 200,000 companies.

Amendments regarding the OPCs

The notification contains several amendments regarding the OPCs. It has substituted the words “whether resident in India or otherwise” in the clause. The rule earlier had the provision that only an Indian resident can incorporate an OPC. Further, the latest notification also reduces the number of days a person has to stay in India so as to qualify as a resident as opposed to the earlier provision of 120 days.  Apart from that, the ministry has also allowed the voluntary conversion of OPCs to a private or public company. However, it is subject to the minimum requirements of board members and paid-up capital in accordance with the Companies Act.