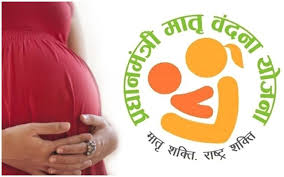 As per the recent data obtained under the Right to Information Act (RTI) Act, revealed that, almost 61% of beneficiaries registered under the Pradhan Mantri Matru Vandana Yojana (PMMVY) between April 2018 and July 2019 received the full amount of Rs. 6,000 promised under the scheme. The RTI survey was conducted to assess the implementation of the scheme.  The survey shows that scheme under its ambit 23% of all births and pays full benefits to a mere 14% of all births, which was at 270.5 lakh for 2017. The survey was conducted in six States- Chhattisgarh, Himachal Pradesh, Jharkhand, Madhya Pradesh, Uttar Pradesh and Odisha — in 2019 to interview women and inspect anganwadis.

The scheme is targeted only at women delivering their first child.  The beneficiaries of the scheme receive cash amount of Rs 6,000 in their bank accounts in three installments upon meeting certain conditions including early registration of pregnancy, having at least one ante-natal check-up and registration of child birth.