March 25: International Day of Remembrance of the Victims of Slavery and the Transatlantic Slave Trade 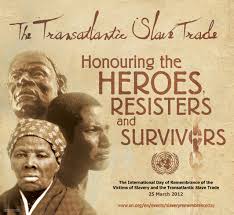 The International Day of Remembrance of the Victims of Slavery and the Transatlantic Slave Trade is observed every year on March 25 across the world. Observance of this day honours and remembers those who suffered and died as consequence of transatlantic slave trade. It also aims at raising awareness about dangers of racism and prejudice Transatlantic slave trade which had taken place over span 400 years is considered as worst violation of human rights in history in which more than 15 million men, women and children were victims. The 2018 theme was ‘Remember Slavery: Triumphs and Struggles for Freedom and Equality’. It celebrates freedom of African descent people from slavery. It also acknowledges challenges faced by people in movement towards freedom and equality.

The International Day of Remembrance of Victims of Slavery and the Transatlantic Slave Trade was instituted by United Nations General Assembly (UNGA) by adopting a resolution in 2007. It was first observed in 2008 and since then it is observed annually. Same year, UNGA had established Remember Slavery Programme through its resolution 62/122 to honour memory of victims of slavery and transatlantic slave trade. The programme aims to raise awareness of dangers of racism and prejudice organizing educational activities throughout year such as film screenings, exhibition, tours of the Permanent Memorial, roundtable discussions etc. It is managed by Education Outreach Section of Department of Public Information’s Outreach Division of UN.